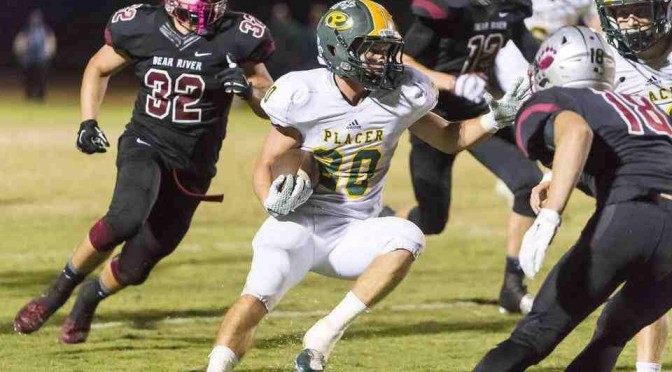 Following their 65-52 victory last week against previously undefeated Patterson, the Hillmen (12-0) continue their playoff quest tonight with a showdown against top-seeded and also undefeated Central Catholic (12-0), with a birth in the Division III section championship game at stake. The Hillmen have churned out 1024 yards and 14 touchdowns on the ground in two playoffs games thanks to excellent offensive line play. The performance of the offensive line will be pivotal tonight as they will look to open up holes for Owen Scott (1487 yards rushing, 21 touchdowns), Jared Halbert (1146 yards rushing, 18 touchdowns), and Waylen Cozad (858 yards rushing and 10 touchdowns), against a solid Central Catholic defensive line. On the defensive side of the ball, the Hillmen will be faced with the challenge of containing running backs Justin Rice (1685 yards, 18 touchdowns), Jared Rice (898 yards, 12 touchdowns), and Montell Bland (347 yards, 12 touchdowns). Quarterback Hunter Petlansky also serves as a dual threat with 1371 yards passing and 14 touchdowns, and 658 yards and 11 touchdowns on the ground. Placer quarterback Marcus Ante is coming off a strong game last week in which he threw two touchdown passes, including a 65 yard strike to Scott and will look to keep the momentum rolling tonight. Come on out and support your Hillmen in what figures to be an exciting battle tonight at 7pm! If you can’t make it out to the game, tune in to AM 950 KAHI to hear all the action, or follow us on Twitter for live in-game updates!

TURKEY AND FOOTBALL: The best teams practice on Thanksgiving