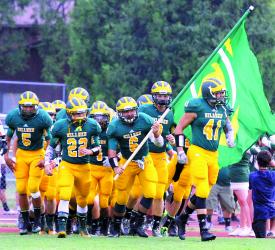 Following their season opening loss to Nevada Union, the Hillmen will look to bounce back against Pioneer tonight when they travel to Woodland to take on the Patriots.  Placer’s offense will look to build off of its three touchdown performance in the second half last week.  All eyes will be on the offensive line tonight as the boys up front will look to set the tone for the offensive attack.  Defensively, Michael Dowmen, and Ryan Gray and company will be in charge of shutting down the Patriots Wing-T attack which amassed 254 yards offensively in a 14-7 loss against Cordova last week. Head Coach Joey Montoya, who coached the Patriots from 2004-06 will be making his first trip back to the place where he began his head coaching career since he returned to his alma mater in 2007.  If you can’t make it to the game, tune in to 950AM KAHI to hear the action and follow us for live updates on Twitter!

Hillmen Look to Bounce Back against Pioneer

Click here to get directions to Pioneer High School 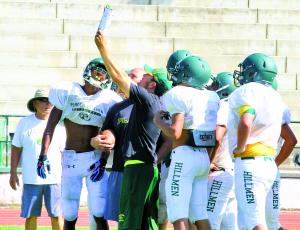 Beginning with it’s battle with Nevada Union tonight, Placer and head coach Joey Montoya will be seeking their 3rd straight PVL title in ’14. The dawn of a new season brings with it a sense of excitement and a fresh set of challenges, but the  goal remains the same: keep the PVL banner on the Hill.  Following an undefeated league campaign in 2012, Placer followed that up with a strong performance in league play (4-1) to capture yet another championship last season. The road through the Pioneer Valley League will be a challenging one, with Bear River featuring a physical and talented team, Lincoln returning several key starters and hiring a new respected coach,  Colfax is always tough, and co-champs Center has talent once again at a few skill positions. However, lead by several returning seniors and a strong junior class,  Placer is poised to defend it’s crown in what promises to be another exciting season! Read about the 2014 season preview in today’s Auburn Journal. 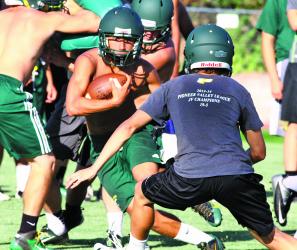 Following nine months of hard work and preparation, the Hillmen will put all their offseason work to the test when they begin the 2014 against old time rival Nevada Union,  in the season opener Friday at Lefebvre Stadium.  The matchup will be the first between the schools since 1995.  Kickoff is set for 7:30.  Click on the link below to read the game preview in Friday’s Auburn Journal. (Photo courtesy of Auburn Journal) 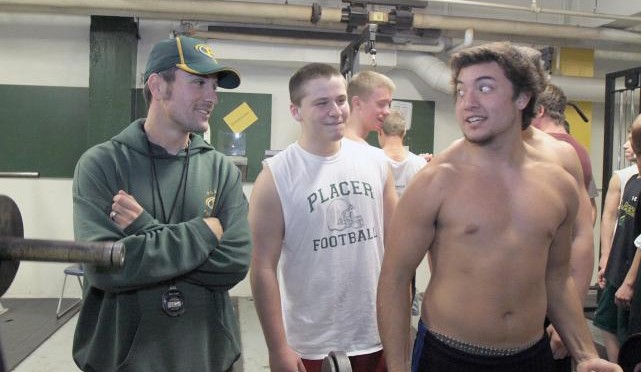 The parent football meeting for all three levels (Frosh, JV, Varsity) will be held in the auditorium at 7pm.  Coach Montoya will be speaking about the expectations for this coming season, booster needs, as well as introducing the coaches. At least one parent per player MUST attend! 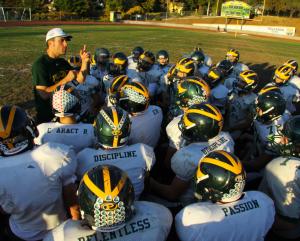 The annual football program meeting  for all three levels (Frosh, JV, Varsity) will be held Monday August 11th, at 4pm at Lefebvre Stadium.  Coach Montoya will be introducing the coaches, discussing the expectations of those in the program both on and off the field, and announcing the 2014 Varsity Senior Cabinet members.  Attendance for ALL players is mandatory. 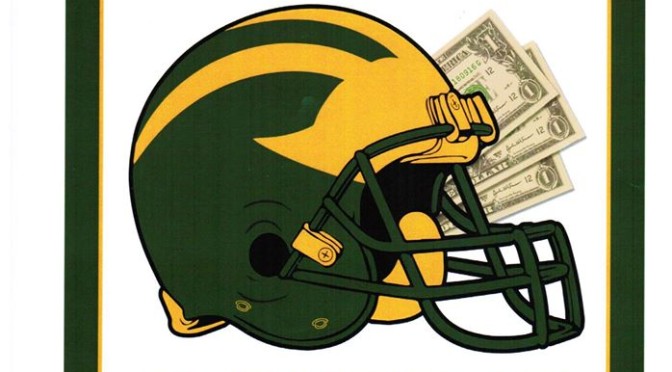 Show your support for the Placer High football program Saturday August 9th at 10am in front of the Bel Air and Save Mart supermarkets for the Stuff the Helmet fundraiser.  Come out and meet this year’s players, coaches, and boosters, and help the boys fill those helmets! All proceeds go towards will go toward the booster organization’s general football expenses.  Looking forward to seeing you there! 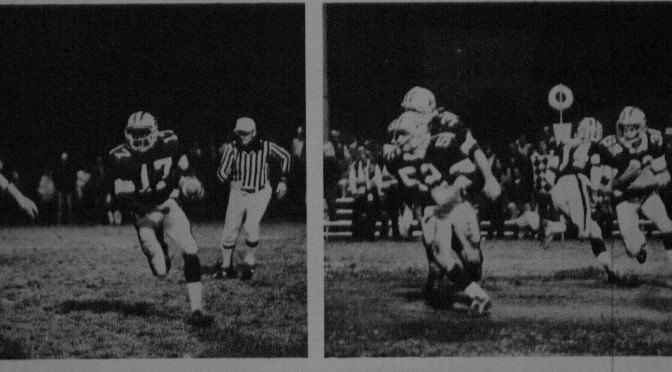 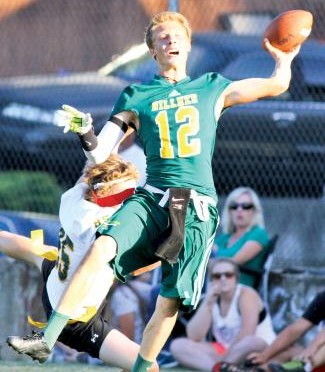 The Hillmen will take on Sutter High School tonight in the first 7 on 7 scrimmage of the summer tonight on the practice field at 5pm. (Photo courtesy of the Auburn Journal).