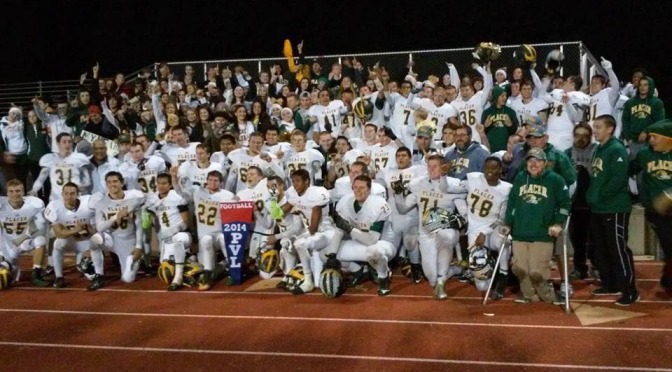 With their 45-21 waxing of Colfax last night,  The Hillmen won their third straight PVL championship. Every championship team is unique in it’s own way. The 2014 has had to deal with it’ s fair share of adversity throughout the season, but from day one, everyone from the coaching staff has put in tireless hours in the film room and on the field week in and week out working to get better. Watching this group come together and grow as the season has progressed has been pretty awesome. Several key seniors have stepped up, and quite a few juniors have made huge contributions this year. I couldn’t be any prouder of the coaching staff and the players. They earned this banner. It is and always will be GREAT TO BE A HILLMEN! 2014 PVL CHAMPS!