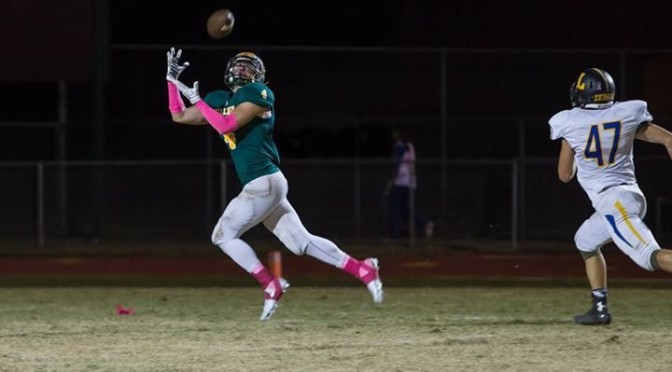 Fresh off capturing their fourth straight PVL title, the Hillmen will look to cap off a perfect regular season tonight at home against arch rival Colfax. The Hillmen (9-0, 4-0) have been playing well on both sides of the ball since league play began, beating opponents by an average of 26 points per game. Defensively, Placer turned in perhaps it’s most dominating performance of the year last week, limiting an explosive Lincoln offense to to  seven points. All tolled, the starters have allowed just 41 points in four league games, by far the best total by a Hillmen defense since the last undefeated team in 2012. Offensively, Placer has been a well balanced machine, lighting up the scoreboard to the tune of 40 points a game so far in league. If Placer defeats Colfax. they will capture their second undefeated regular season in the past four seasons. Colfax (3-6, 1-3)  has had an up and down season, and is coming off a 56-33 defeat to Foothill, which eliminated them from playoff contention.  The Hillmen currently own a three game winning streak over the Falcons, and will be looking to continue to build momentum as they gear up for the playoffs. Kickoff is set for 7:30 pm with the JV starting at 5:15.  If you can’t make it out to the game, tune in to KAHI 950 to hear all the action. Follow us on Twitter for live in-game scoring updates!